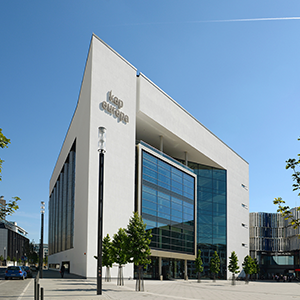 About Frankfurt am Main (Germany)

Frankfurt – The multifaceted metropolis on the River Main

Frankfurt am Main (tcf). Conveniently located in the heart of Europe, Frankfurt is a city of great colour and diversity. It is a place where tradition meets modernity, commerce meets culture and activity meets tranquillity. “Mainhattan” is known to be Europe’s smallest metropolis, a reputation it gained thanks to its international orientation. The trade fairs, the global corporations, the cultural establishments and the city’s international airport all play a leading role in their respective fields and industries.

Expanding year after year, the Frankfurt skyline is unmatched in all of Europe. Most of the high-rises are used as office buildings, housing major national and international banks. Frankfurt is also home to Germany’s leading stock exchange, the German Federal Bank and the European Central Bank. It is by far the country’s most important centre of finance.

Frankfurt has always been a city of great political significance, never more so than during the revolution of 1848. Frankfurt Cathedral hosted the elections of German kings from 1356 onwards. Some 200 years later, the cathedral became the scene for coronation ceremonies of German emperors. The festive banquets celebrating the new emperor were traditionally held in the Kaisersaal (Emperor’s Hall) at nearby the Römer. The three-gabled façade of Frankfurt’s present-day city hall has become Frankfurt’s official city symbol. Only a stone’s throw from the time-honoured Römer, one finds St Paul’s Church, site of the first German national assembly in 1848. Since hosting this historical event, St Paul’s Church has been referred to as “the cradle of German democracy.”

Friends of the performing arts appreciate the superb stage performances on show in Frankfurt. Oper Frankfurt, for example, has been voted Germany’s top opera multiple times in recent years, while Schauspiel Frankfurt, the city’s municipal playhouse, impresses audiences with groundbreaking performances. Aside from a variety of modern productions, Schauspiel Frankfurt also stages popular classics, in particular dramas penned by Frankfurt’s most famous son, Johann Wolfgang von Goethe. Goethe has lent his name to many places, none however more influential than Frankfurt’s premier institution of tertiary education, the Goethe University Frankfurt. Founded in 1914, it was Germany’s first “citizens’ university”, a place of learning founded and funded by private individuals. Known to be Germany’s most famous author and poet, Goethe was born in Frankfurt on 28th August 1749 and also spent much of his youth here. His birthplace, known simply as the Goethe-House, ranks among Frankfurt’s most popular sightseeing attractions. It is ably supported by the adjacent Goethe Museum, which presents art of Goethe’s era, and, in the very near future, the first German Museum of Romanticism.

Home to Europe’s second-biggest airport, one of the continent’s largest train stations and Germany’s busiest motorway interchange, Frankfurt is easy to reach by train, plane and automobile. Congress organisers and participants as well as travellers from around the world value Frankfurt’s advantage of location. It is certainly no surprise that Frankfurt attracts more international tourists and business travellers than any other German city.